WPAchievements v8.11 has been released today. In this release we have completely re-implemented the output of wpa_achievements and wpa_quests shortcodes. Now the generated output will be perfectly displayed on any device. Additionally some more details are displayed and new ribbons have been added. 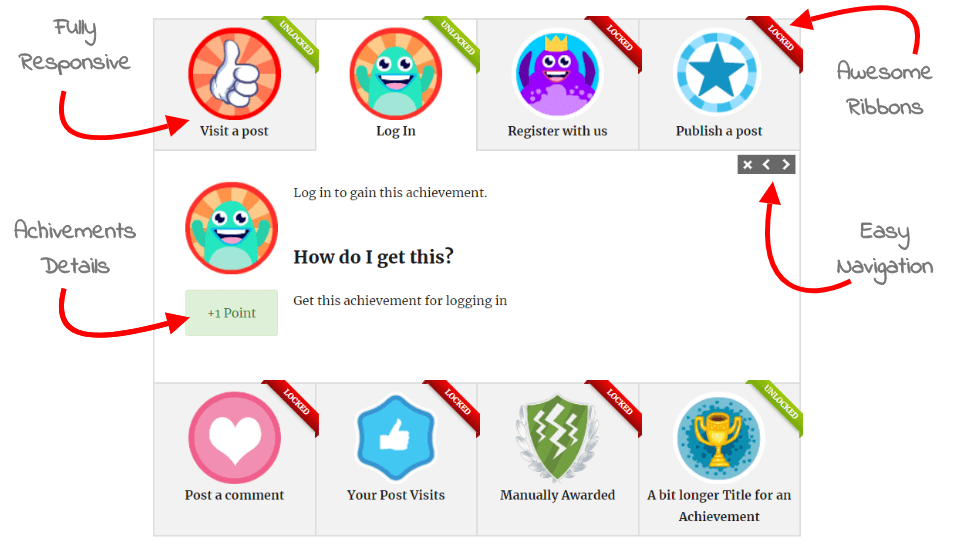 In this release we have also extended the Ultimate Member support. 6 new triggers were added. Here is the full changelog of the current release: